Canberra Milk today posted this image on social media, fueling expectations that Raiders Lime is to make a comeback. 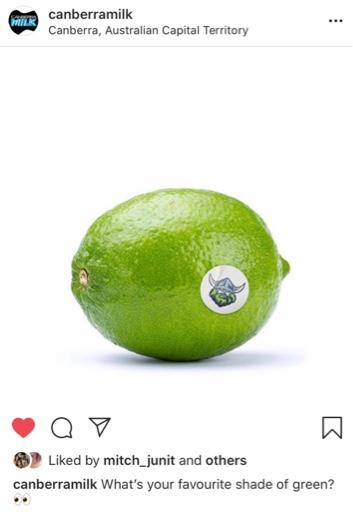 The classic milk drink from the Raiders glory days of the 1990s last made a return in 2013, before being discontinued after two years. There have been other Raiders brand flavoured milk, including Raiders Malt and most recently Raiders Choc Mint. 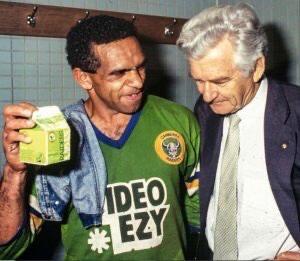 Re: Raiders Lime makes a comeback

Canberra Milk is bringing back Raiders Lime for the Raiders' season opener against the Gold Coast Titans at Canberra Stadium on March 13. There will be just 8000 bottles on sale at the Raiders' round-one clash - as a one off - to raise funds for bushfire relief.

I really don't get the hype

Loved it when it was actual lime.

Bought it every time they ever brought it back as actual lime. (choc mint can get stuffed).

A Raiders Lime and a mushroom pie at Lyneham before walking up the back way to Bruce was a highlight of my weekend (when the games sometimes offered few highlights).

Then again, I always liked a lime milkshake. Weirdest thing ever when I stayed at a mates house as a kid who had parents who actually made him a whole cooked breakfast, including a milkshake of any flavour- they talked me into lime and it was so good. Swear I was making my own weetbix since I was 2!
Top

Lime milkshakes were the best! Is there anywhere where they make milkshakes like they used to?