How does this compare to the Boogs?


Sent from my iPhone using The Greenhouse mobile app powered by Tapatalk
Feel free to call me RickyRicky StickStick if you like. I will also accept Super Fui, King Brad, Kid Dynamite, Chocolate-Thunda... or Brad.
Top

Before Schifty killed it, or afterwards?

Before Schifty killed it, or afterwards?

With that handshake with Tonguey?

Sent from my Pixel 2 using Tapatalk 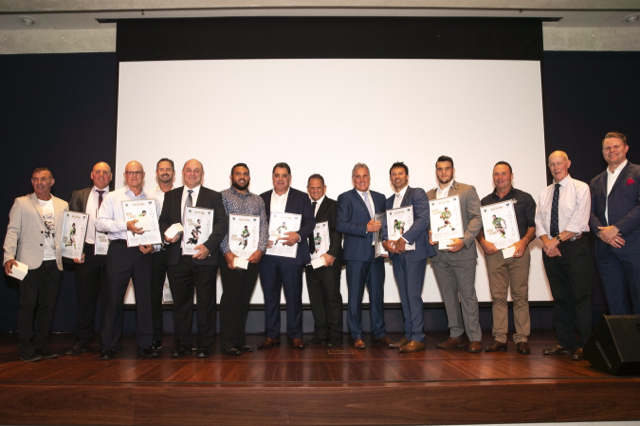 Tickets for the inaugural Canberra Raiders Hall of Fame on Friday 19 July 2019 at the National Convention Centre, Canberra are now on sale.

The newly established Hall of Fame recognises past players, coaches and individuals who have contributed significantly to the club.

Event proceeds will be donated to the Ricky Stuart Foundation.

More information on the Raiders Hall of Fame and Tickets for this year’s function are available at http://www.raiders.com.au/about/hall-of-fame

The Raiders first Hall of Fame Gala coincides with the 30th anniversary of the club's maiden premiership and lands the day before the Raiders host the Wests Tigers at Canberra Stadium.

"The fellas I've spoken to are all going, so I think it will be a pretty good roll up. At the season launch, most of them said they were coming back for that one so I'm sure they'll get a good roll up from all the players," Steve Walters said.