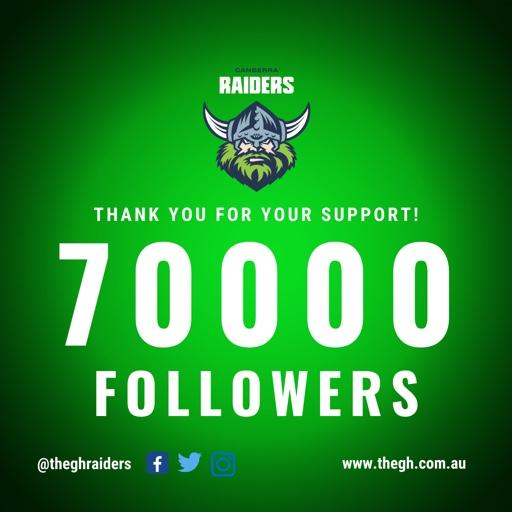 We have now been serving Canberra Raiders and rugby league fans for over 15 years. We now have over 3,600 members of TheGH.com.au. In 2019, the site had over 27,000 unique users of the site on average per month - with a monthly peak over 40,000 users. The site averaged almost 1 million page views per month - with a monthly peak of over 1.5 million.

It's thanks to you, the members and followers of The GH, for continuing to make The Greenhouse the number one Canberra Raiders supporters website!

2020 could have been a whole lot better so far... let's hope it ends in that elusive premiership for the Green Machine!

68,274 of those are Lucy
* The author assumes no responsibility for the topicality, correctness, completeness or quality of information provided.
Top

Damn I just realised Ive been a member for 12 years!
Good job GE, and all the Mods who keep this place ship shape
Feel free to call me RickyRicky StickStick if you like. I will also accept Super Fui, King Brad, Kid Dynamite, Chocolate-Thunda... or Brad.

Congrats to all involved, I truly appreciate all you do