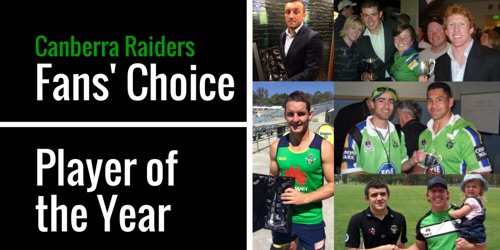 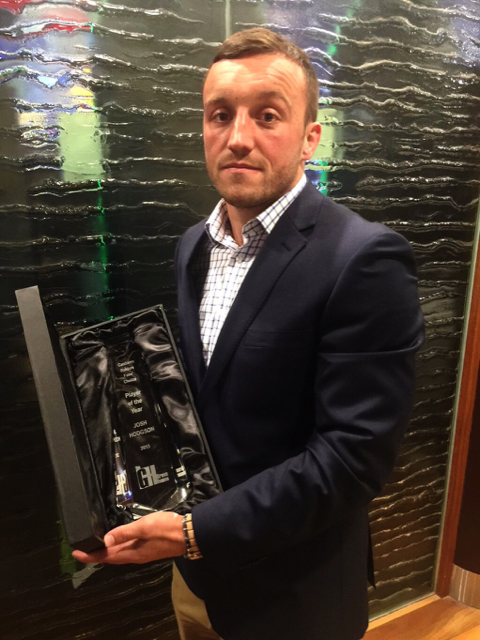 Player of the Finals 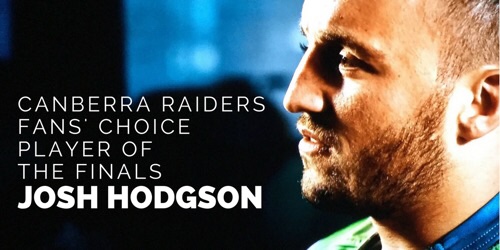 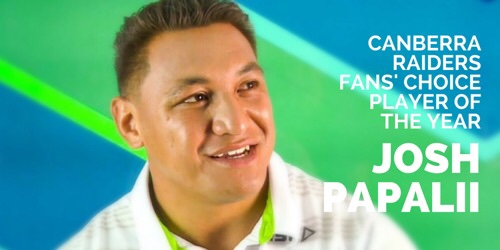 The voting went down to the final round, with Papalii and Joey Leilua still in contention for the award. Both players polled in the final round of the regular season, with Leilua receiving two points, and Papalii one - which was just enough for Papalii to stave off Leilua. Papalii finished on 23 points, and Leilua finished on 22.

Josh Hodgson received three points in the match against the Wests Tigers at Leichhardt Oval, which was enough to propel him into third position, on 20 points.

It was a remarkable year for Jarrod Croker and Jordan Rapana as well, who both polled more points than winners of the award in some recent seasons.

As the Player of the Year, Josh Papalii also takes out the Fans' Choice Award for Canberra Raiders Forward of the Year.

Papalii was the Canberra Raiders' only Australian and Origin representative player in 2016, selected for both the Maroons and Kangaroos. 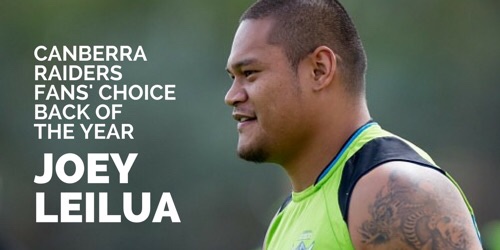 Joey Leilua wins the Fans' Choice Award for Canberra Raiders Back of the Year. He finished second in the voting on 22 points.

Leilua came to the Canberra Raiders mid season in 2015 and was, frankly, in less then impressive form. Coach Ricky Stuart told him that if he got fit over the summer, he'd have the best season of his career. And that is precisely how things turned out.

He scored 11 tries for the Raiders in 2016, behind Jordan Rapana (20) and Jarrod Croker (17). But he was often the man setting up his winger, Rapana for the four pointers. The best of his nine try assists took place in the final match of the regular season. While running backwards towards the try line, he threw a flick pass around his own back and the Wests Tigers' defender... and hit Rapana on the chest for the try. Just magic. He was also second in the NRL for offloads, with a total of 66. He threw 44 more offloads than the next Raiders player on the list, Josh Papalii. He made 118 tackle breaks, second only to his wing partner Jordan Rapana. Leilua has been in outstanding form, and is surely now in the frame for selection for the Kangaroos at the end of the season.

The Canberra Raiders Fans' Choice has been awarded since 2004, with the inaugural winner being Ruben Wiki. Other winners have included Alan Tongue, Terry Campese, Shaun Fensom, Jarrod Croker and Josh Hodgson. The award, sponsored by The Greenhouse Canberra Raiders supporters site (http://www.thegh.com.au), is voted on by the fans on line, who give 3-2-1 points to the best players each week.