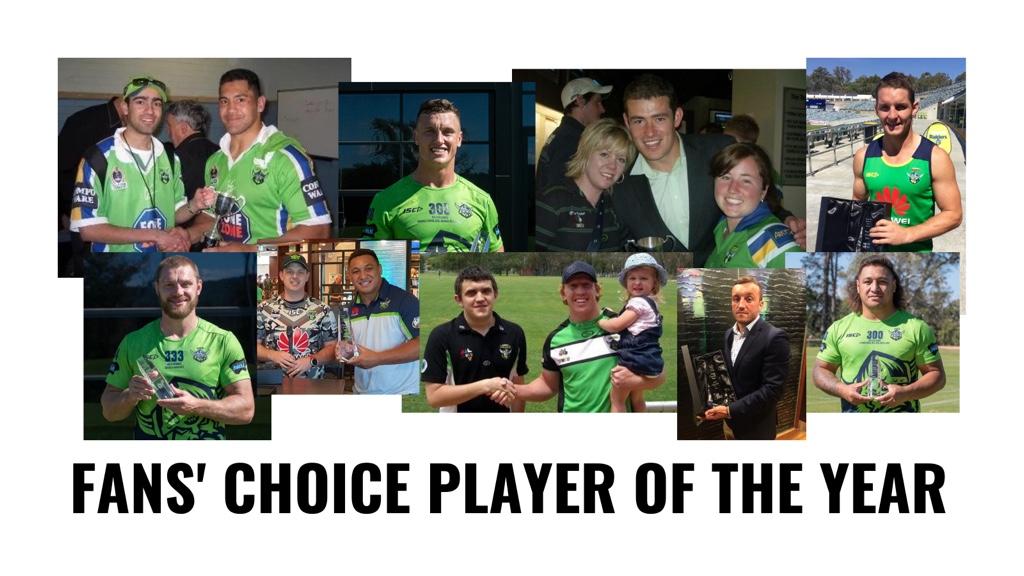 The Fans' Choice Player of the Year has been awarded since 2004 with an impressive roll call of winners, including Ruben Wiki, Alan Tongue, Terry Campese, Shaun Fensom, Jarrod Croker, Josh Hodgson, Jack Wighton, Elliott Whitehead and Josh Papalii. In 2021, Jordan Rapana took out his second award. An individual trophy, sponsored by The Greenhouse, is presented to the winning player at season's end.

At sometime after Monday each week, all the points awarded by everyone to each player each round will be aggregated and then the top three players will be awarded 3, 2, 1 points.

Some good play across the field. But some poor play too. Some of Starling’s service from dummy half was below first grade level.
Top

3- Wighton: the best player on the field tonight imo
2 - Papalii: We dominated with him on the park, and the sharks big boys took advantage when he was off it
1 - Schiller: Sometimes the narrative wins... young kid, plucked from no where to make his NRL debut and makes THE game saving tackle (and didnt put a foot wrong otherwise), that'll get a point from me
CREATE PROCEDURE BotMan_Post AS
SELECT * FROM Previous_Post
EXEC quote_post
WHERE UserName = 'Aknalkfgnaa' OR 'Yeah Raiders' OR 'Billy B'
EXEC RAND(good_grief; cheak_notes; uh82cit;)

3 Jack
2 Young
1 Tapine
* The author assumes no responsibility for the topicality, correctness, completeness or quality of information provided.
Top

Top points to Frank for not running off like a scaredy-cat when I was screaming at the TV. He stuck around to the end and was rewarded with a fine victory which was never in doubt.
Gina Riley: Oh, come on, John. That’s a bit old hat, the corrupt IOC delegate.
John Clarke: Old hat? Gina, in the scientific world when they see that something is happening again and again and again, repeatedly, they don’t call it old hat. They call it a pattern.
Top

Sent from my SM-G998B using Tapatalk

The halfback. Haven't seen him play before. His mistake with the game on the line was a minus. Everything else was a plus. Schneider.
Semi - Ran hard and straight at right centre. Should hold his place.
Hudson Young
Forum members with gravitas: greeneyed, Seiffert82, dubby.
Top

3 Wighton
2 Papali'i
1 Schiller
Thought Timoko was dangerous too but that try on our line was a shocker.
Top