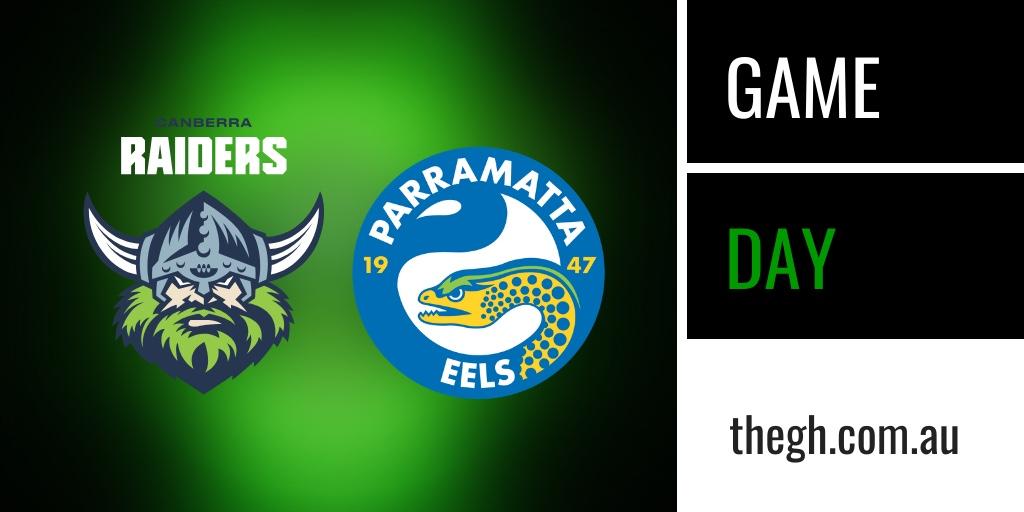 The Raiders have just a five day turnaround to their Round 19 clash with the Eels at Robina Stadium. It's a home game for the Eels - but with both teams temporarily located at the Gold Coast hub, the Raiders will feel just as much at home.

Last round: 2021 Round 18. Canberra Raiders 34 - Cronulla Sharks 18. It was a match that the Raiders needed to win, and they did. The 2021 team is still a work in progress, but the signs are positive. The star of the show was 19 year old, Xavier Savage. He scored his first NRL try in just his second official appearance - and created the opportunities for one or two more through his pure speed and his passing. He's an excitement machine and has added some much needed X factor to the backs. In the forwards, the likes of Corey Harawira-Naera generated good second phase play through offloads - and the attack looked much more dangerous as a result.

Team news: Raiders young gun Xavier Savage has been ruled out for the season, with surgery required to correct an injured AC joint. Raiders five eighth Jack Wighton (ribs) and Elliott Whitehead (shoulder) have also been ruled out of this match. Jordan Rapana switches to fullback, with Harley Smith-Shields making his first appearance of 2021 on the wing. Matt Frawley replaces Jack Wighton at five eighth. Josh Papalii returns to his starting prop spot, with Sia Soliola dropping to the bench. Matt Timoko has been included on the bench, with Ryan James dropping to the reserves list.

The Eels welcome back Origin representative Junior Paulo after being rested last weekend. It has now been revealed Mitchell Moses suffered a broken bone in his back in Origin III - and he'll remain on the sidelines. Jake Arthur holds onto the No. 7 jersey. Will Penisini will make his NRL debut in place of Tom Opacic, while Blake Ferguson replaces Haze Dunster on the wing. Marata Niukore will go back to the bench, with Bryce Cartwright dropping to the reserves list.

Late changes: The Raiders omitted Siliva Havili and Trey Mooney from their squad on Wednesday evening, while the Eels cut Makahesi Makatoa and Joey Lussick.

History: Canberra has won 31 of 61 games against the Parramatta Eels. The Raiders have lost four times to the Eels in the past 10 matches - and the last three straight. The Raiders were on a five game winning streak against Parramatta, before falling to the Eels, 22-16, in Darwin in 2019. Last year the Eels led 24-12 with five minutes left, before the Raiders leveled the match, through two tries to Charnze Nicoll-Klokstad in the space of two minutes. Sadly, Clint Gutherson kicked a field goal in golden point, to secure a 25-24 win for the Eels at Western Sydney Stadium. Earlier this year at Canberra Stadium, the Raiders trailed by just two points at half time, but didn't score a point in the second half, crashing to a 35-10 defeat. These two teams have never met on the Gold Coast.

The Eels have suffered just one recent loss - to the Panthers, by a single point (13-12). They are coming off a 26-8 win over the Titans and have recent wins over the Knights (40-4), Tigers (40-12) and Bulldogs (36-10). All four of those wins have come against teams currently in the bottom eight. Their last victory against a top eight team was in Round 9 against the Roosters.

Betting: The Eels are $1.20 favourites, with the Raiders paying $4.50. The Raiders have a big 15.5 points start in the line betting. The Raiders' odds have lengthened over the week.

Stat attack: This is a battle between fourth (Eels) and ninth (Raiders) on the ladder. The Eels are a dangerous attacking outfit. They are ranked fifth for tries scored, but they are just one try behind the three teams above them in that department (the Panthers, Rabbitohs and Sea Eagles). Eels winger Maika Sivo sits in fourth place on the top try scorers list.

The Eels are amongst the top three teams for possession share and rank fourth for completions. They are first in the league for post contact metres, second for running metres and third for tackle breaks. Eels forward Isaiah Papali'i ranks third in the NRL for tackle breaks, while Sivo sits in fifth. Parramatta is first in the competition for offloads and second for try assists.

Those are some impressive numbers for the Eels and the Raiders' defence will need to be on song to contain the boys in blue and gold. The Raiders forwards will certainly have to get on top in the middle.

One chink in the armour for the Eels: they rank first for errors and third for handling errors. The Raiders will have to take every opportunity offered by that.

The Eels are no slouches in defence either. Only the Rabbitohs have missed fewer tackles than the Eels and they rank third for fewest tries conceded, behind the Panthers and the Storm.

Tough assignment for the Green Machine.

Josh Papalii and Junior Paulo: Former team mates, Papalii and Paulo are key forward leaders for their respective packs. Paulo played 55 games for the Raiders between 2016 and 2018, before heading back to Parramatta in 2019. He's been great for the Eels this year. But his numbers overall don't quite stack up against Papalii's. While Big Papa has not had quite the season he had in 2020, when he was Dally M Prop of the Year, he's now pretty much back to his best. Big Papa wins this match-up for mine.

Josh Hodgson and Reed Mahoney: Josh Hodgson has had an up and down season, and ended up being dropped to the bench. But that only lasted for one match. The Raiders have found a good formula in the past couple of weeks, with Hodgson starting and Tom Starling taking over at dummy half at around 25th minute. Hodgson then becomes a ball playing back rower. In my view, Reed Mahoney has been one of the best hookers in the competition this year. He wins this "skin" pretty clearly - though he will probably be facing Starling for a large part of the match. That match-up might be a bit closer on the night.

Corey Harawira-Naera and Ryan Matterson: Second rower Corey Harawira-Naera produced an outstanding game against the Sharks last weekend, probably his best game in green. It was reminiscent of his best form at the Panthers. Ryan Matterson was also outstanding in the Eels' win over the Titans last Friday night. Overall, there's not much difference in the numbers for these two. This match-up is too close to call. Should be a great contest.

My tip: The Eels are hot favourites and all the numbers point to a big win for Parramatta. The Eels will be affected by the loss of Mitchell Moses. There have been positive signs for the Raiders in recent weeks. The attack is starting to click, with the Raiders aiming to create second phase play through offloads. Starting the game with Josh Hodgson at hooker, before Tom Starling takes over at dummy half at around the 20-25 minute mark is working. Some of the forwards, like Josh Papalii, Joe Tapine and Corey Harawira-Naera, are getting into their stride. But the Raiders have some serious injury problems of their own. If they can win, their chances of finishing in the top eight are significantly improved. But I have to tip with the head. Eels by 12.

Corey Harawira-Naera: "The potential of losing that game meant the Sharks would've jumped four points in front of us, which would've made it a lot harder to get in. We've given ourselves a chance, but we know we've got to take it one week at a time… now obviously leads into Parramatta on Thursday. But I think Stick and everyone else was quite happy with the effort we put in on Saturday. It doesn't really mean anything if we don't back it up this Thursday." 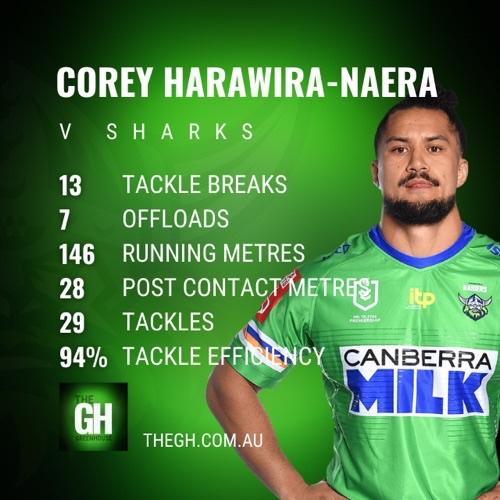 Time for a Frawley masterclass.
WHAT A LONG STRANGE TRIP IT'S BEEN
Top

This QLD bubble is a blessing.

We’ll fight again tonight, will it be enough ?

Anyone having issues getting tickets to game today?

No, just you. They obviously don't want you there.
* The author assumes no responsibility for the topicality, correctness, completeness or quality of information provided.
Top

This is the updated link: https://premier.ticketek.com.au/events/ ... 14/tickets

Hoping for a 4th
Top

Hoping for a 4th

Tickets via Ticketek link is all good.

https://premier.ticketek.com.au/shows/s ... EELSRAID21
* The author assumes no responsibility for the topicality, correctness, completeness or quality of information provided.
Top

Oh what a eeling !
Top

I'm feeling good and excited about our back line tonight. The young guns will be eager to show they can do this and Raps and Croker are exactly the right amount of experience and talent to support them and feed off that eagerness themselves.
And to all the people who doubted me, hello to them as well. - Mark Webber, Raiders Ballboy and Unluckiest F1 Driver Ever

I’m pretty much resigned to a loss. We will have to score a lot of points to jag a win.
Top

Hoping for a 4th

Tickets via Ticketek link is all good.

We have been at the same games then haha
Top

I was lucky with the Bronocs game as I was tossing up between that one and the Titans game.

No Gutho certainly helps us
Top

Our stink started in round five against the Riff.
WHAT A LONG STRANGE TRIP IT'S BEEN
Top

It's been reported today a few times he is in some doubt with a rib injury..May still play
Top

It's been reported today a few times he is in some doubt with a rib injury..May still play

OK, I now see there's some reference to it in The Daily Telegraph... only one I can find:

Late mail: Eels look set to be 1-17 with Clint Gutherson in some doubt due to rib injury, with Haze Dunster on standby should he be late withdrawal.

Up the Milk,beer time in lock down

Welcome to our coverage of tonight's NRL clash between the Canberra Raiders and Parramatta Eels at Robina Stadium. Kick off is at 7:50pm... join us for live scores and please add your own commentary as the game unfolds. Joe Tapine to start for the Raiders, with Josh Papalii dropping back to the bench. Here are the final teams:

Is it just me or do we look stronger without our Jacky boy?

One day the Raiders and the Cats win the same year and make my head explode!!
Top

All I know by that line up, we better get plenty of repeat sets....

One day the Raiders and the Cats win the same year and make my head explode!!
Top

Watching the Rapana interview. Holding on to the ball and finishing in the corners seems to be our entire game plan tonight... Eels by 20

Braith and Brandy saying CNK to centres next year with Savage the man in 1. Cronk suggesting we need to go to the market for a ball playing fullback.