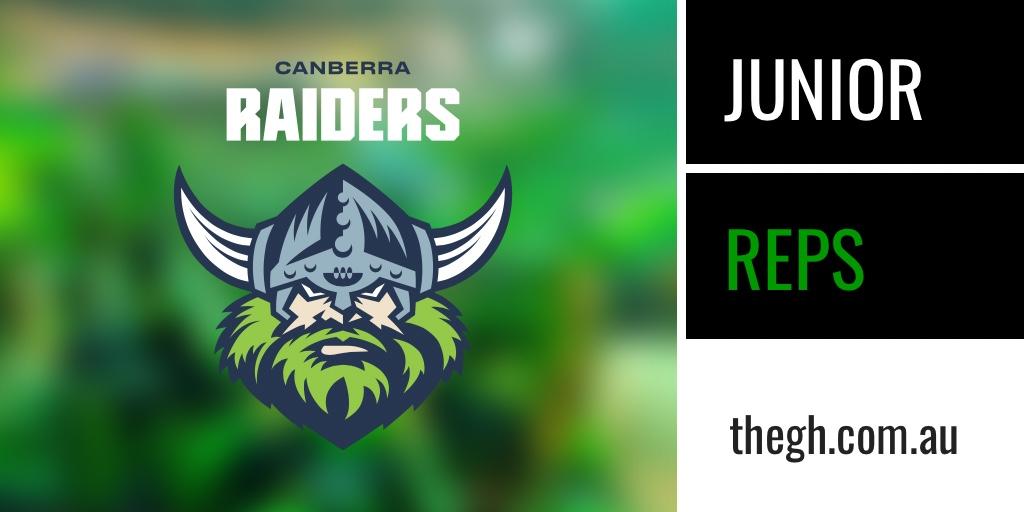 Last week: The Canberra Raiders have qualified for the SG Ball Grand Final, defeating the Manly Sea Eagles, 20-18, in an epic at Leichhardt Oval. The Raiders started fast, scoring three tries in the opening 10 minutes. The speed of Xavier Savage was on full display, with the Raiders going wide early, and making big inroads. Tries to prop Caleb Esera, hooker Toby Thorburn and centre Deakin Bright produced an 18-0 lead.

The Sea Eagles fought their way back into the match - producing some questionable niggling and strong arm tactics. Half Sione Moala was hit late and then high in the first half - with the second incident, in the 25th minute, forcing him from the field for an HIA. Manly lock Siua Fotu was sin binned for the high shot - and the ensuing penalty goal for the Raiders from Mitchell Spencer would later prove crucial.

Sea Eagles hooker Daniel O'Donnell got a double in the first half - with his second try coming just before the break, while Fotu was in the bin. The Raiders led by 20-12 at half time - and almost all they would do in the second half was defend, desperately. Manly fullback Kaeo Weekes scored in the 38th minute - reducing the gap to just two points. But they simply couldn't breach the Raiders' line after that. The Green Machine's defence was simply superb.

This week: The Raiders now meet the Illawarra Steelers in the Grand Final. The Steelers finished the regular season in sixth, but they beat the No. 1 team, the Sydney Roosters, 42-32, on Saturday to qualify for the decider. The Steelers had a 5 and 2 record in the regular season - plus they had one draw. They started the year with losses to the Roosters (28-16) at Mascot and the Raiders (36-10) at Kippax. They have been undefeated since, and are on a seven game winning streak. The Raiders finished the season with a six and two record - and have a LLWWW form line in their past five games. Canberra opened the season with a five game winning streak, but suffered a late season dip - in part due to disruptions to the line up. They are now close to full strength.

During their finals matches, the Raiders defeated the fifth placed Bulldogs and the second placed Sea Eagles, while the Steelers have had tougher road - beating the third placed Rabbitohs and the minor premiers, the Roosters.

Canberra last made the Grand Final back in 2012, fielding a team that featured a young Anthony Milford at half, Brenko Lee at centre and Patrick Mago at lock. Matt Frawley is the only current Raider that was in that squad - named at No. 19. They were defeated, 42-20, by a Balmain Tigers outfit captained by Mitchell Moses, and featuring Manaia Cherrington at hooker. There are only half a dozen players who played in the match, who became first graders. It tells us a lot about how tough it is to make it to the NRL.

But next Saturday marks an important day in the rugby league careers of 34 young players. History has its eyes on you.

Team news: Canberra Raiders coach Ash Barnes has named an unchanged line up to the one that beat the Sea Eagles. The Steelers have added Jack Owens to the bench, with Viliame Mahe becoming 18th man.

any highlights from the prelim?

No package yet, but you can watch the whole game on NSWRL TV on the NSWRL Facebook page. It is worth watching.

Need to be getting Savage a multi-year deal to see him into first grade.
Top

Naming the same 17 men for Saturday's SG Ball Grand Final is a huge advantage for the young Raiders in coach Ash Barnes’ eyes.

“We’re rolling in being able to name the same 17 for the fourth week in a row, so the combinations and consistency are all starting to build. They’re starting to be confident around their ability as individuals because they’ve all been able to exhibit the things that we want as a Raider.”

"It was a highly-successful season for the club, taking out both the SG Ball and Premier League titles and coming within a whisker of knocking Parramatta off their perch as NSWRL Club Champions since 1997."

Any story behind Esera wearing 23? only one big enough?

Ashley Barnes has praised the resilience of his SG Ball squad, which has overcome the early-season sacking of four players to advance to Saturday's grand final against the Illawarra Steelers.

"This group has shown a lot of resilience and toughness to be able to deal with distractions that have gone on and also just sharpen their focus on what's most important."

Yeah I think so.
Top

We should pay tribute to Ash Barnes.

His coaching record the last 4 years

Is the only way to watch this through Facebook?
Top

Beautiful. I deactivated my Facebook a couple months ago.

Looking forward to this!
Top

Beautiful. I deactivated my Facebook a couple months ago.

Looking forward to this!

Welcome to our coverage of this afternoon’s SG Ball Grand Final! Canberra Raiders V Illawarra Steelers from Leichhardt Oval. Watch the live stream on the NSWRL Facebook page if you’re unable to get to the ground.

We will have live scores from 3pm right here.

The Raiders are 1-17. Here are the final line ups:

Is Thorburn a local lad?
Shoving it in your face since 2017
Top

Steelers kick off, we are underway!
The Greenhouse score update service
Top

Who are we keeping an eye on today??
Perth Based Raiders Fan

Cant wait for the Raiders to come back to WA !!!!!
Stupid COVID has stopped this twice now

9th min Raiders get a seven tackle set. Steelers kick too long. But now the Steelers take the Raiders over the sideline on their own 40m line.
The Greenhouse score update service
Top

12th min TRY RAIDERS to Caleb Esera. He’s been on fire in attack and defence, some great offloads. He just crashes through from short range. Mitchell Spencer converts from close to the posts.

19th min TRY STEELERS out wide to Brandon Morkos. No conversion. Bit of a defensive error out wide for the Raiders.

11 to half time TRY RAIDERS to halfback Sione Moala. Great individual run. The Raiders did well to force the error from the Steelers while they attempted a bomb defusal. Mitchell Spencer converts.

Esera and Mooney going great guns, but so is Webb. What a fend then from Esera.
The Greenhouse score update service
Top