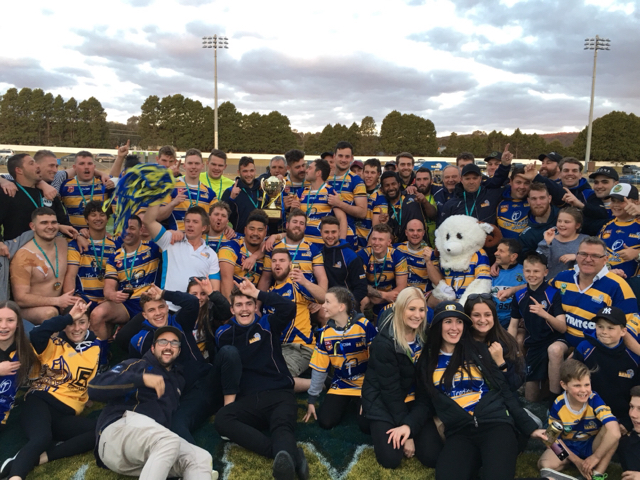 The Woden Valley Rams took the premiership with a one point victory over the Tuggeranong Bushrangers at Seiffert Oval on Sunday afternoon. They extended their unbeaten run to 13 matches to win their first title in 22 years, but it was very nearly an unlucky 13th. 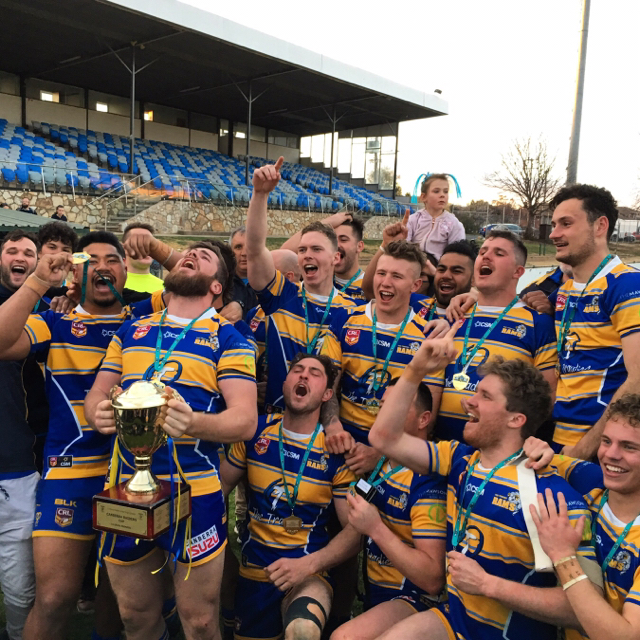 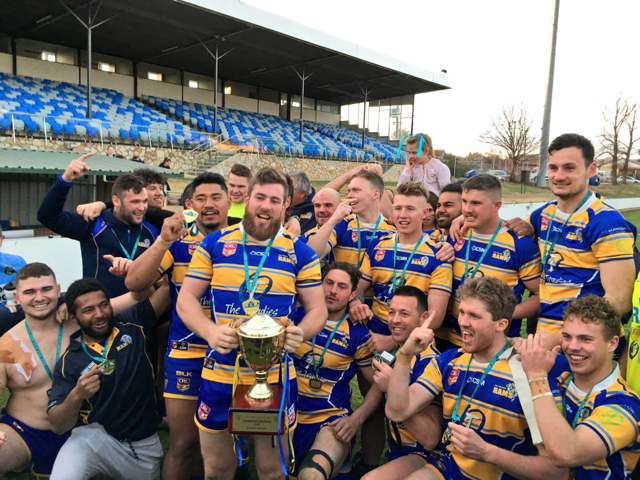 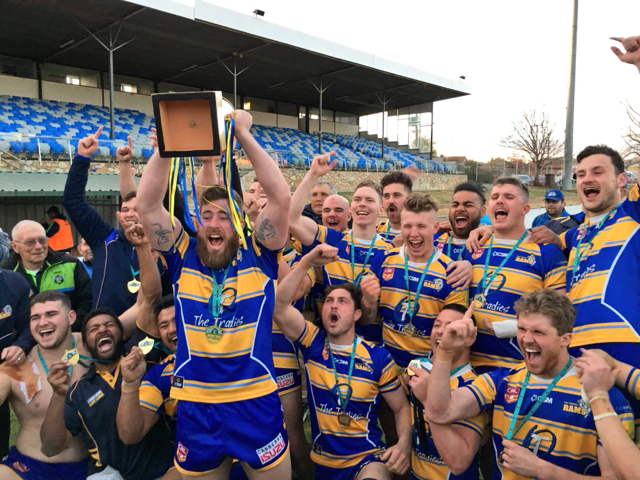 The Rams dominated the first half, piling on four tries and going to the break with a 24-0 lead. Woden had a huge share of possession and played most of the first period in the Bushrangers' half. Tuggeranong had minimal chances to attack the Woden line - and they didn't really look like scoring.

In the 48th minute, Woden extended their lead to 30 points, when Michael Gilmour charged onto the ball - and there was absolutely no stopping the joint McIntrye Medallist. At that stage, it looked like the match was well and truly over, with the Bushrangers no chance of getting back into the match. But that is precisely what they proceeded to do.

Tuggeranong put their first points on the board in the 53rd minute, with a try to Canberra Raiders SG Ball player, Matthew Dragisic. And then incredibly, in the space of the next 20 minutes, the Bushrangers scored five tries to level the match 30-30. Jamal Ncouki scored a double, as did Dragisic. The momentum shift was extraordinary. Absolutely everything went the way of the Bushrangers and they played some irresistible football. Every pass stuck, metres came easily up the middle of the field. It was an incredible comeback.

With eight minutes remaining, it was anyone's game. But somehow, the Rams turned the momentum, and worked their way into field goal position. Lincoln Withers took a shot with four minutes remaining, and the low, long kick just cleared the cross bar. That field goal would prove the difference. The Bushrangers tried twice to get a field goal shot in... but just couldn't get to the right place on the field. When the siren sounded, it was 31-30 to the Rams.

Lincoln Withers returned to his junior club this year for one last hurrah. Or maybe he will be tempted to put the boots on again in 2019. He won the Rams the game and he won the Brad Clyde Medal for the best on ground. It's hard to argue. One of the banners displayed by Rams fans at the ground exclaimed “God be Withers”. Maybe he was. But if Matthew Dragisic had been judged best on ground, I wouldn't have argued with that either. He was absolutely first rate. Hopefully the Raiders have him under lock and key.

It was an outstanding match. One that certainly deserved the title, Grand Final.

It's a triple double with a hook. West Belconnen captain Bayley Graham was best and fairest, best on ground and back-to-back premier.

He played hooker in last year's grand final and for the first game of this season, but switched to fullback where he shone to score two tries in the reserve grade's 24-16 victory over the Queanbeyan Blues at Seiffert on Sunday.

"God be Withers" the banner read. And he was. He'd missed every field goal at training, so Lincoln Withers joked he was due. The Woden Valley Rams halfback's timing couldn't have been any better - sinking one in the 76th minute of the Canberra Raiders Cup grand final for a 31-30 victory over a valiant Tuggeranong Bushrangers at Seiffert Oval on Sunday.

It was the Rams' first premiership since 1996, but it meant the Bushrangers' search for their first title continues.

Twelve days ago Woden Valley Rams centre Michael Geiger was in hospital having emergency carpal tunnel surgery. There are 15 stitches holding together a 12-centimetre scar, and his hand was bandaged so much it looked like he couldn't hold let alone catch a ball.

But he was never going to miss the Canberra Raiders Cup grand final at Seiffert Oval on Sunday.

But Thorley has heard Crookwell Green Devils coach Chris Chudleigh is also looking to go out on a high in the George Tooke Shield grand final at Crookwell on Saturday.

Thorley took the Bears' coaching reins when the club re-entered the George Tooke in 2016 and started out with a bang - winning the premiership in their first year back in the competition.

It could be a very good weekend for the van Zomeren family. Four brothers, in four different grades, playing for four different premierships. They're hoping all four will come home victorious, but would settle for three.

"I've never been there before so it will be good to see their culture and obviously it's their national sport so the fans go a bit crazy they say," he said.