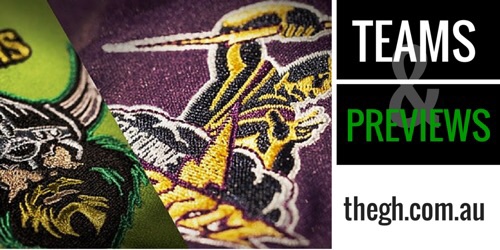 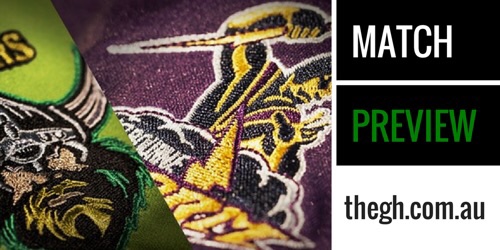 The Canberra Raiders will play their last ever Holden Cup match this Sunday against the Melbourne Storm - at Sunshine Coast Stadium in Queensland.

Last weekend: There was more pain for the young Raiders in Round 25, losing 21-20 to the Newcastle Knights at Canberra Stadium. The Raiders were not headed in the match until the 79th minute, when a Jack Johns field goal broke a 20-20 deadlock. The ninth placed Knights were playing to keep their finals hopes alive, while the Raiders were playing for pride. And the Raiders certainly did themselves proud in the game.

Canberra was the first to score in the sixth minute, with Harry Van Dartel chasing a perfect Derek Hay kick to the try line - and planting it for the four pointer. The Raiders followed up with a second try just three minutes later, when Knights fullback Matt Cooper could not handle a kick and Canberra Raiders second rower Jacob Field cleaned up the loose ball. The Raiders had a 12-0 lead after just 10 minutes.

The Knights hit back in the 24th minute, through a try to centre Heath Gibbs in the corner, off the back of a repeat set. But Canberra was not done for the first half. Quick passing through the back line putting winger Mikaele Ravalawa over out wide with two minutes to the break.

Canberra's 16-6 half time lead was pegged back shortly after play re-commenced, with two Knights tries in the space of four minutes - a second to Heath Gibbs and to winger Mitch Andrews. In the 58th minute, Raiders' centre Sebastian Kris powered his way over the line in the corner. Unfortunately, Andre Niko could not convert from the sideline, leaving Canberra with a narrow 20-16 lead.

The Raiders defended that lead well, but with just five minutes remaining, Knights winger Kainoa Gudgeon levelled the match, with a try in the corner on the back of a seven tackle set. The try was not converted, setting off a frantic final few minutes. The Raiders charged down two attempted field goals from Newcastle, but they could not stop the third with a minute left on the clock.

Half Derek Hay has only featured in five Under 20s games this season, but he ended with three try assists for this match. In the forwards Zac Masters made 181 metres from 15 runs, one line break, one off load, one tackle break and 36 tackles. Only Emre Guler made more tackles (38). Kye Madden also broke the 100 metre mark in the forwards. Tim Vatubuli (151 metres), Mikaele Ravalawa (120) and Sebastian Kris (105) were the metre eaters in the backs.

This week's contest: The Raiders and Storm are both on 22 competition points - in 12th and 13th place on the ladder - and well outside the top eight. Both have a nine and 14 record, but Melbourne has a worse points differential, to the tune of 60 points. The "Thunderbolts" are on a LLLWL form line in their past five matches. They have conceded 40 points or more in their past five matches - losing to the Cowboys (50-6), Roosters (42-16) and Rabbitohs (44-10). Remarkably, they have also recently posted a 54-18 victory over the Newcastle Knights. The Raiders have a LLWLL record in their most recent five. Their only recent win has been over the last placed New Zealand Warriors, 36-14.

The Storm ranks 12th in attack, scoring an average of 25 points (4.7 tries) per match, compared with 24 points (4.5 tries) per match for the Raiders (ranked 13th). The Raiders have better defence, conceding 5.3 tries per match, compared with 5.9 for the Storm. They both rank in the bottom five teams defensively. The Storm has a worse home, than away, record, having won three and lost eight matches at home venues. The Raiders have a 2-9 record on the road, the second worst in the league.

Team changes: For the Raiders, Paul Roache moves to halfback, with Andre Niko moving to fullback. Tim Vatubuli will start on the wing. Jared Tuite and Will Samuel come into the top 17 on the bench, with Kye Madden and Sato Keita-Opo not named in the squad. Lock Hudson Young has been named as captain. The Storm has named an unchanged line up.

Our tip: When these teams last met - in Round 20 at Canberra Stadium - the Storm won 36-24. The Raiders will need to watch Storm halfback Matt Egan and hooker Harry Grant - with the two spine players dominating the play making for the Thunderbolts. Grant represented the Maroons in the Under 20s Origin this year - and scored two tries against the Raiders in Round 20. The Raiders have again changed around their spine, with Erin Clark again playing for Mounties. It'll be interesting to see how the in form Andre Niko performs at fullback for Canberra.

This is a toss up between two teams in similar position on the ladder and in similar form. However, given the Raiders are on the road, and the Storm has the more settled line up, we'll go with the men in purple in this one.

The Canberra Raiders U20s are set to play their last NYC game ever against the Melbourne Storm on the Sunshine Coast on Sunday morning.

The youth competition is set to become a thing of the past and the Intrust Super Premiership NSW will take on an U20s division next season.

The Canberra Raiders is looking into reports of disruptive behaviour - which did not require federal police to be called - by its Under 20s side on a Qantas flight on Sunday night.

Ban them all from playing Holden Cup NYC for next year and beyond...

If it's true and if anyone did anything actually serious, they should be released IMO. If it's all minor stuff, that's for the coaches to talk to them about

The Canberra Raiders have the following statement to make following reports of disruptive behavior of the clubs NYC team on Sunday night, on the Qantas flight from Brisbane to Canberra.

An investigation by Qantas into the incident has concluded that the drink service on the flight was suspended due to the behavior of an individual, but there was no risk to passengers and crew.

The Raiders can confirm the individual is a member of the NYC Coaching staff and will be dealt with according to the club’s code of conduct.

It doesn't say that... it just says a "member of the coaching staff".

How much turps can you sink in a flight from Melbourne to Canberra?
Top

edwahu wrote:How much turps can you sink in a flight from Melbourne to Canberra?

do u even sprechen? Brisbane to Canberra, game was up at Caloundra
Edrick The Entertainer
Top

greeneyed wrote:It doesn't say that... it just says a "member of the coaching staff".

He's a member of the coaching staff. I was speculating.
Top

An investigation into unruly behaviour on a flight has marked a sad end to the Canberra Raiders' time in the national youth competition.

It is believed passengers complained of foul language and rowdy behaviour in the lounge and on the flight, and the coaching staff member had to be ordered to sit down and fasten his seatbelt while the plane was preparing for take-off, after standing up to go and use the bathroom.

edwahu wrote:How much turps can you sink in a flight from Melbourne to Canberra?

do u even sprechen? Brisbane to Canberra, game was up at Caloundra

An investigation into unruly behaviour on a flight has marked a sad end to the Canberra Raiders' time in the national youth competition.

It is believed passengers complained of foul language and rowdy behaviour in the lounge and on the flight, and the coaching staff member had to be ordered to sit down and fasten his seatbelt while the plane was preparing for take-off, after standing up to go and use the bathroom.

Assistant coach reportedly has offered resignation and it has been accepted: https://au.sports.yahoo.com/league/a/37 ... assistant/