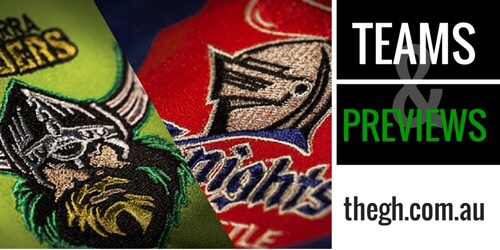 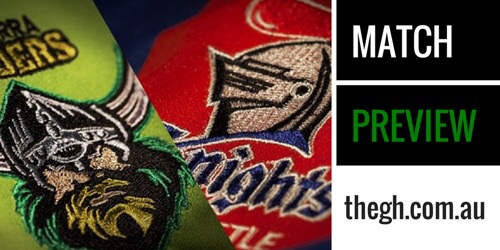 The Canberra Raiders are out of the running for the Holden Cup finals, after falling to the Penrith Panthers, 48-28, in Round 24. With just two rounds remaining, they are placed 12th on the ladder, six competition points adrift of the eighth placed Brisbane Broncos.

Last weekend: Defence was not the strongest point for either team in the Raiders-Panthers clash. The Panthers scored three tries in the opening 10 minutes - two to winger Daniel Brown - and they raced out to a 16-0 lead. The Raiders hit back in the 15th minute, with Andre Niko finding open field to streak away for the first of his two four pointers.

But the Panthers piled on another three tries, in quick time, and the visitors' lead blew out to 34-6 after just 25 minutes. Penrith, at that stage were scoring well in front of the clock. A try to Raiders forward Will Samuel, set up by Erin Clark, in the 34th minute slowed the Panthers' momentum. Andre Niko went in again with two minutes to the break, Mikaele Ravalawa making a 70 metre run in the lead up. That reduced the gap to 34-16 at the half time break.

Niko and Ravalawa were at it again in the 48th minute, with Ravalawa the try scorer this time. With the Raiders trailing by just 12 points, it looked like an improbable comeback could unfold. But it wasn't to be. Two more tries to the Panthers in the space of 15 minutes saw them extend their lead to 46-22. A second try to Ravalawa with 10 minutes remaining was nowhere near enough. A penalty goal to Panthers' half Dean Blore on full time capped off a big victory for the second placed team.

Andre Niko and Mikaele Ravalawa were the stand out performers for Canberra, with both scoring doubles. Ravalawa made 194 metres from 17 runs, two line breaks, eight tackle breaks and one offload. Niko made 166 metres from 10 runs, four line breaks, five tackle breaks and one try assist. Erin Clark and Paul Roache also produced a try assist each. In the forwards, Hudson Young and Zac Masters broke the 100 metres gained mark and topped the tackle count (Young 28, Masters 26). The Raiders produced 42 missed tackles.

This week's contest: The Raiders are again at home this week for a clash with the Newcastle Knights. The team from the Hunter is in ninth place, just one competition point away from teams six to eight. The Knights have posted 11 wins and one draw this year, while the Raiders have a 9-13 record. Newcastle is on a LWWLL form line in their past five matches. They have conceded 50 points or more in their past two matches - losing to the Eels (50-12) and the Storm (54-18). They have also recently posted a 70-4 victory over the struggling Warriors. The Raiders have a LLLWL record in their most recent five.

Team changes: For the Raiders, Lachlan Cooper replaces Erin Clark at starting hooker, after Clark switched to dummy half, late, last week. Clark is named at starting half back, but he's also named at half back for Mounties. It could be expected he will be at Aubrey Keech Reserve on Saturday, rather than playing Holden Cup. He's also named on the reserves list for firsts, but is not expected to be required. Sato Ketia-Opo comes into the top 17 on the bench, with Will Samuel dropping to No. 18.

For the Knights, Eddy Tuilotolava will start at prop, with Cameron King dropping to the bench. Brodie Jones comes into the second row, with Sam McIntyre also dropping to the interchange line up. Viko Puliuvea drops out of the top 17.

Opposition to watch: In the spine, fullback Matt Cooper and half Hayden Loughrey have nine try assists each, and five eighth Jack Johns five. Johns is the son of former Knights five eighth, Matthew Johns. Those figures are consistent with a team that is not in the top eight sides in attack. Tom Starling (14) has most try assists for the Knights this season, but he's only played 11 games in this grade - and will be turning out in the NSW Premiership team this weekend. Matt Cooper is the top try scorer for the Knights (15) - and has made 19 line breaks, 104 tackle breaks, and runs over 130 metres from 14 runs per match. Centre Heath Gibbs has 14 tries, while Raiders fans will recall his centre partner, Cory Denniss, scored two tries on his NRL debut last year... against the Green Machine. Denniss has only played seven games in this grade this season.

Our tip: When these two teams last met - in Round 10 at Hunter Stadium - the Knights produced a big 32-6 victory. The Knights have put in some poor recent performances, but so have the Raiders. The Raiders also look like they will be without half Erin Clark. The Knights have a top eight spot still on the line, while Canberra is just playing for pride. On balance, a Newcastle win looks more likely.

Is he capable?
well, I guess you could say that I'm buy curious.
Top

The Canberra Raiders under 20’s will be looking to take revenge on the Newcastle Knights and make the most of their final home game of the season.

With finals football still on the cards for Newcastle, the Raiders will be out to spoil their party and get payback for their 32-6 defeat back in round 10.

Welcome to our coverage of today's Holden Cup clash between the Canberra Raiders and Newcastle Knights. It is a beautiful blue sky afternoon in Canberra, currently 14.5C. We're heading for an overnight low of -3C.

We are two minutes into the first half... it is still 0-0. As expected Erin Clark is playing for Mounties tomorrow.

It is an historic match... it is the last we will see of Holden Cup at Canberra Stadium... and the last Under 20s team in Raiders colours... at least for some time.
Top

9th min TRY RAIDERS to Jacob Field, the second rower from the Queanbeyan Blues cleans up the ball after the Knights can't handle a kick and he scores! Niko converts again.

24th min TRY KNIGHTS to Heath Gibbs in the corner off the back of a repeat set. Canberra held them up over the line on the previous tackle, but they spread it to the other side of the field. Converted from the sideline by Kurtis Dark.

28th min Incredible double kick ahead from Canberra, but sadly it's not rewarded with a try on the next tackle.
Top

52nd min TRY KNIGHTS in the corner to winger Mitch Andrews. No conversion.

75th min TRY KNIGHTS to winger Kainoa Gudgeon in the corner, off the seven tackle set. No conversion.

77th min Raiders charged down a field goal attempt... and they get six again. Now they're held up in the corner!
Top

I can see a repeat of this coming later...

The Canberra Raiders have fallen agonisingly short of claiming a win in their final home game of the season going down to the Newcastle Knights 21-20.

The Raiders held the lead from the opening minutes of the game, only falling behind thanks to a Jack Jones field goal in the dying moments of the game.

The Raiders started the game without exciting playmaker Erin Clark who was promoted to Mounties prior to the game. This meant Kalani Going got the ‘C’ next to his name on the team sheet while Timoci Vatubuli moved into the halves in place of Clark.