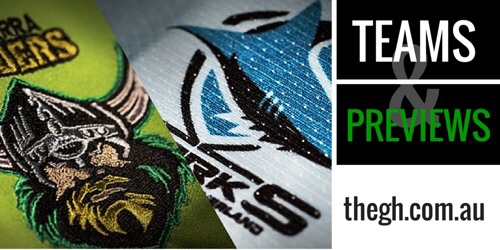 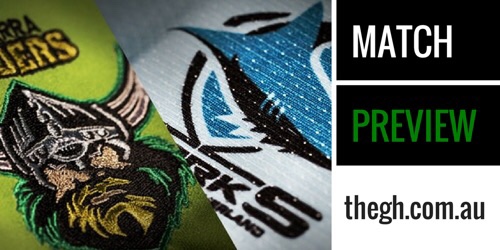 The Canberra Raiders' Holden Cup finals hopes have taken a dive after falling to the South Sydney Rabbitohs in Round 21. While 12 teams are still battling it out for the top eight, the young Raiders are now five competition points away from the eighth placed Gold Coast Titans, with five rounds of the regular season remaining.

The Rabbitohs went to a 12-0 lead after two tries to Jalen Reweti inside the first 15 minutes. The tries were eerily similar, almost identical movements putting the winger over in the corner. South Sydney extended their lead to 18 in the 30th minute when prop Sam Johnstone crashed over.

The Raiders kept themselves in the match with a try near the posts to bench forward Will Samuel - with just three minutes remaining in the first half. And within the first minute of the second half, Hudson Young intercepted an Adam Doueihi pass and ran the best part of the length of the field to score. The conversion from Andre Niko saw the Raiders reduce the gap between the teams to just six points.

However, the Rabbitohs then took complete control. Two tries to centre Campbell Graham, plus tries to Dylan O’Connor and prop Jordan Mailata produced a 40-12 lead for South Sydney by the 70th minute. Canberra hooker Erin Clark scored a consolation try with six minutes remaining. But the Rabbitohs underlined their dominance when Gabe Hamlin ran in another four pointer with two minutes left.

This week's contest: The Raiders face the ladder leading Cronulla Sharks on foreign turf on Saturday in Round 22. The Sharks have lost just twice this season, recording 16 victories and one draw. They are on a 12 game winning streak, and have been undefeated in their past 15 matches. In Round 2, the Sharks handed the Raiders a 74-12 thrashing. And that's not their biggest win of the season. The Sharks beat the Wests Tigers 84-6 in Round 15. They have scored 40 or more points in their past two games, winning 42-4 over the Warriors in their last start. The Raiders have an 8-11 record in 2017 and are on a LWWLL form line.

Unsurprisingly, the Sharks have the best attack and defence in the league. They score nearly 40 points (seven tries) per match and concede 18 (3.3 tries). The Raiders rank 13th in attack (an average of 24 points or 4.4 tries per match) and 11th in defence (conceding 28 points and just over five tries on average per match). The Sharks rank first in running metres, line breaks and are close to first in try assists. The Raiders have a very poor record away (1-8) - along with the Warriors, it is the worst record in the league. The Sharks have lost just one match in 10 at home this season.

Team changes: Wesley Tameifuna returns on the Raiders' wing, replacing last week's late inclusion Komiti Tuilagi. Tuilagi drops back to the bench. Sione Afemui has been named at starting prop, with Zac Masters shifting to lock. Kye Madden is included in the top 17 on the bench, while Will Samuel and Daniel Keir drop down to the reserves list.

The Sharks have named the same 17 which took the field against the Warriors, with Daniel Vasquez at starting prop and Brock Ilett on the bench.

Opposition to watch: Clearly there is danger for the Raiders all over the field. Sharks winger Sione Katoa has already scored 20 tries, while half Kyle Flanagan - the son of Cronulla's first grade coach, Shane - has scored 16. Katoa averages 145 metres, two line breaks and 11 tackle breaks per match.

There's try scoring strike in the Sharks' forwards too, with second rower Briton Nikora having scored 12. Watch for the offloads from lock Billy Magoulias, he's produced 54 this season. He's also the top tackler, averaging 37 per match, and the top metre eater in the forwards (140 metres per match).

Kyle Flanagan, of course, creates for others as well... with 11 try assists to his name. Fullback William Kennedy has 10. But how about hooker Blayke Brailey, the brother of first grade rookie hooker, Jayden? He has 22 try assists so far in 2017. Brailey averages 36 tackles per match, to boot.

Our tip: This is a very difficult assignment for the Raiders, especially away from home.

The Raiders are a different team to the one defeated in Round 2 by the Sharks, with Erin Clark and Paul Roache giving the team more direction in the past month.

Canberra also has some impressive performers in the forwards, such as rep players Jack Murchie and Emre Guler. Murchie averages 120 metres from 12 runs and 23 tackles per match - and has scored six tries and set up four. But they are missing their injured captain Kalani Going - who does as much work in attack and defence as Murchie, and has scored 10 tries in 11 matches.

Despite the improvement from Canberra in recent wins over the Cowboys and the Dragons, expect the Sharks to have far too much strike and win by a fair margin. Hopefully, the young Raiders prove that wrong!

The Canberra Raiders U20s will look to keep their NYC finals aspirations alive when they face the high-flying Cronulla Sharks at Southern Cross Group Stadium on Saturday afternoon.

Currently perched in 11th on the ladder and sitting five points outside the top eight with a low percentage means every win from here on in is vital.

GE being slack. 9 mins in already 10-0 Sharks. Both tries to Briton Nikora. Flanagan made the first harder conversion, second missed off the post.
Top

13th min TRY SHARKS to Tony Matautia out wide. No conversion from out wide.

56th min TRY SHARKS to halfback Kyle Flanagan, ran rings around the defence. He converts his own try from in front.

How many Matautias are there

60th min TRY RAIDERS to Fabien Paletua-Kiri under the posts, after Tuite recovered the short kick off. Raiders certainly not giving up.

77th min TRY SHARKS to Luke Metcalf. It's his hat trick and a long range try. The smash up continues. Kyle Flanagan converts from almost on the sideline.

The ladder-leading Cronulla Sharks have dealt the finals aspirations of the Canberra Raiders U20s a gruelling blow in cruising to a 58-22 win in the NYC at Southern Cross Group Stadium on Saturday evening.

It was a gallant opening half in which Cronulla raced to six tries to Canberra’s two to have the game all but sewn up at 30-10 at the break after a brilliant opening 40 from Raiders hooker Erin Clark.

The Greenhouse wrote:It was a gallant opening half in which Cronulla raced to six tries to Canberra’s two to have the game all but sewn up at 30-10 at the break after a brilliant opening 40 from Raiders hooker Erin Clark.

how are those two things even remotely related?! The Sharks went to a 20 point lead because our dummy half was brilliant?
Top

that was difficult to read