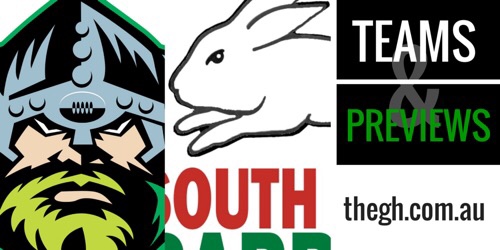 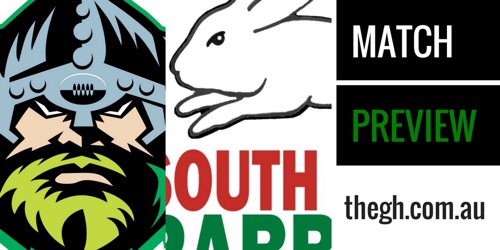 The Holden Cup Canberra Raiders hit a bump in the road in their quest for a place in the top eight - when they lost to the Melbourne Storm, 36-24, at Canberra Stadium in Round 20.

Last weekend: The Raiders had beaten top four teams in successive weeks, but were unable to overcome the 12th placed Storm. The "Thunderbolts" dominated early, going out to a 14-0 lead after just 15 minutes, through tries to hooker Harry Grant and winger Kea Pere. They scored four tries in all in the first half.

Canberra didn't really get an opportunity in the opposition red zone until the 25th minute - when halfback Lachlan Cooper went over for the first of his two tries. He scored again just before the break, when he grubbered ahead and a Melbourne mix up in the in goal allowed him to plant the ball down. It just kept the Raiders in the match, trailing 26-12 at the break.

Melbourne again dominated in the early stages of the second half, with Harry Grant scoring his second try in the 47th minute. And when Storm winger Harlan Collins crossed just four minutes later, the score had blown out to 36-12. Canberra scored two consolation tries in the final stages. Winger Wesley Tameifuna went over in the corner in the 67th minute, while bench player Komiti Tuilagi got one from close range three minutes from full time. Jack Murchie was named man of the match for the Raiders.

Canberra remain in 11th position on the ladder, but they are now four competition points away from the eighth placed Gold Coast Titans. Remarkably, they are also only four points away from the fourth placed Cowboys. There is a real traffic jam between fourth and 12th place on the ladder, with five teams in the top eight on 24 competiton points, and four more teams on 20 points or more.

This week's contest: The Raiders face the 10th placed South Sydney Rabbitohs on Saturday afternoon. The Rabbitohs have won one less game than the Raiders, but are on the same competition points courtesy of two draws. Until last weekend, South Sydney was on an eight game unbeaten streak, with six wins amongst them - but they suffered a 40-14 loss to the ladder leading Sharks in their most recent start. The Rabbitohs led by 14-0 at the 20 minute mark, but did not score again in the match, while Cronulla piled on seven tries.

The Rabbitohs have a WDDWL record in their past five matches - with wins coming over the Cowboys and Titans, teams currently placed in the top eight. They also produced a draw against the Panthers, currently in third place. The Raiders are on a LLWWL form line.

The two teams have a similar attacking and defensive record in 2017 - with the Rabbitohs having a slight advantage in both. South Sydney average 24.6 points (4.4 tries) scored per match, compared with 24.3 points (4.4 tries) per match for the Raiders. The Rabbitohs have conceded an average of 4.7 tries per match on average (4.9 for the Raiders). Interestingly, South Sydney has produced fewer errors than any team in the competition - but also fewer offloads than any team as well. The Raiders have a very poor record away (1-7) - it's close to the worst in the league. The Rabbitohs have a 5-3 record at home.

Team changes: The Raiders have named the same 17 as the team that faced the Storm last weekend. The top 17 are keeping players like Kye Madden, Connor Brebner, Sato Ketia-Opo and Logan Spaander on the reserves list - despite playing well in the Canberra Raiders Cup.

For the Rabbitohs, Campbell Graham comes into the centres, with Nick Mougious dropping to the reserves list. Harry Leddy moves to starting hooker, with Adam Doueihi replacing him at five eighth. Siosifa Talakai will start in the second row, with Keaon Koloamatangi dropping to the interchange list. Captain Kalani Ili will again start on the bench. Bench players Blake Manowski and Ky Rodwell drop down to the reserves list. Josh Saunders is named at No. 17 on the bench.

Opposition to watch: The Raiders will need to keep a close watch on five eighth Adam Doueihi and fullback Beau Cordtz - who are topping the try assists for the Rabbitohs, with 10 each for 2017. Cordtz is also top of the South Sydney charts for line breaks (10) and tries (10), while averaging five tackle breaks per match. Centre Campbell Graham has posted more metres gained than any of his team mates (138 metres and five tackle breaks per match). In the forwards, prop Sam Johnstone has racked up an average of 127 metres gained and 27 tackles per match.

Our tip: This match will be no run in the park for the Raiders. The Green Machine has lifted since the addition of Paul Roache and Erin Clark in recent weeks. But they are still missing the leadership of Kalani Going (broken hand) and have struggled on the road in 2017. If they are to make a charge towards the top eight, they must win this match - against a team that is also outside the eight. Both teams have produced some good performances in recent weeks - but both were also last start losers. On balance, however, the Rabbitohs have been in better form.

It's hard to go past South Sydney at home in this one... but hopefully the young Raiders bounce back and prove me wrong!

The Canberra Raiders will be looking for nothing less than a win against the South Sydney Rabbitohs if they are to remain in contention with the top eight.

Currently sitting in 11th position, the Raiders are just two wins off a spot in the finals but will need to walk off the field victorious on Saturday if they are to leap-frog the Rabbitohs who sit directly above them in 10th.

Welcome to our coverage of today's Holden Cup clash between the Canberra Raiders and the Melbourne Storm. Beautiful blue skies, sunny in Sydney after an overnight low of 3C at Sydney Olympic Park. Live scores from 3:15pm. Final/updated line ups:

This final Holden Cup team line up means the Raiders are 1-17 for the NRL match.
Top

Canberra Raiders on the field... Rabbitohs kick off. We are underway!
Top

8th min TRY RABBITOHS to Jalen Reweti in the corner. Simple overlap in the end, after a repeat set. Adam Doueihi converts from the sideline. Straight as an arrow. Never looked like missing.

12th min TRY RABBITOHS to Jalen Reweti, his second of the afternoon already. Not a great start. Adam Doueihi converts from the sideline... again.

Raiders finish with a repeat set but can't score.

4 x free Centreline tickets for today's game. PM if you are interested.

41st min TRY RAIDERS to Hudson Young. It's a runaway! We've barely had time to settle after the break! Andre Niko converts from out wide.

47th min TRY RABBITOHS to centre Campbell Graham out wide. It's off the back of a repeat set. Adam Doueihi cannot convert from the sideline this time.

65th min TRY RABBITOHS to bench forward Jordan Mailata. He just charges through and scores under the posts. He's huge, no stopping him. Doueihi converts from in front.

69th min TRY RABBITOHS to Campbell Graham. This is not a good performance from the young Raiders, sadly. Doueihi converts from the sideline... again.

78th min TRY RABBITOHS to lock Gabe Hamlin. They're all over the Raiders.

The Raiders NYC side have been defeated by the Rabbitohs 46-16 at ANZ Stadium this afternoon.

The hosts were off to a great start as they forced a couple of errors from the young Raiders and it eventually paid off with Jalen Reweti crossing over in the corner. Five-Eighth Adam Doueihi converted a difficult kick from out wide to give his side a 6-0 lead.