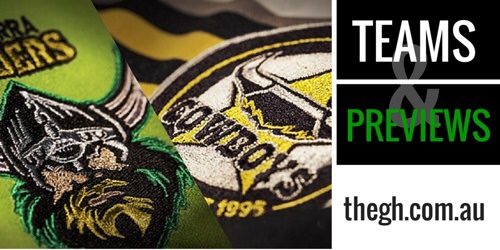 Harry Van Dartel returns at fullback, with Timoi Vatubuli dropping out of the starting team and into the extended squad. Sebastian Kris returns to the team after being rested last week following Origin under 18’s. Sato Ketia-Opo has been named on the bench.

Ah man... really tempting to drive down and see the Dart in action. Rare triple header too!
Top 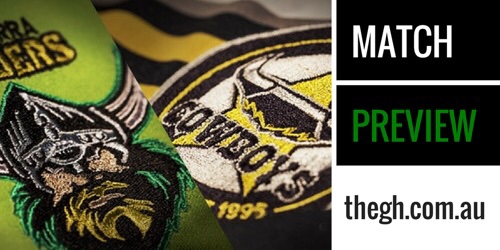 The Holden Cup Canberra Raiders suffered their third straight loss in Round 16, defeated at home by the Brisbane Broncos, 34-20.

The Raiders led by two points at half time, 16-14, after they pegged back an early 10-0 lead for the visitors. Tries to winger Komiti Tuilagi and Will Samuel levelled it up at 10-10 after 20 minutes. But it was a spectacular try from Timoci Vatubuli two minutes before the break that was the first half highlight. Raiders five eighth Paul Roache, in his first game back from an extended stint on the sidelines, produced a spectacular chip and chase, with the bustling fullback, Vatubuli following through in support.

The Raiders went further ahead in the 46th minute, when half Lachlan Cooper crossed. But the rest of the second half belonged to the Broncos. Tries to Keenan Palasia and Kotoni Staggs gave the Broncos a 24-20 lead with 15 minutes remaining - and they piled on two more late tries for the 14 point victory. The Raiders nearly scored through Jack Murchie and Komiti Tuilagi in the final 12 minutes, but could not produce four pointers. Kiwi Paul Roache was man of the match for the Raiders.

The loss has seen the Raiders drop further down the ladder to 13th place - and they are now two wins away from the top eight.

The Raiders face a big challenge this weekend when they meet the fourth placed North Queensland Cowboys. The Raiders lost 28-12 to the Cowboys in Round 1 this year - and the Cowboys have gone on to record nine victories in total. That compares to just six for the Green Machine.

The Cowboys were 24-18 winners over the Penrith Panthers in their last start - and are on a LWWLW record in their past five matches. They look to have recovered from a four game losing streak in May. The Raiders have a LWLLL recent form line.

The Raiders will be boosted by Harry Van Dartel's return from injury at fullback. That sees Timoci Vatubuli drop back to the reserves list. Sebastian Kris also returns, at centre, after he starred for NSW Under 18s last week and was rested for the Broncos match. Jarred Tuite drops back to the bench. Sato Ketia Opo has also been included on the bench, after some good performances for the Gungahlin Bulls in the Canberra Raiders Cup.

For the Cowboys, prop Emry Pere returns to the side after missing last weekend’s match for disciplinary reasons. Jayden Stephens drops back to the bench, with Peter Hola moving to the reseves list. Marshall Hudson retains his wing spot after being a late inclusion for the injured Murray Taulagi.

Our tip: The Cowboys have some strike at the back, with $3.6 million dollar man Kayln Ponga at fullback, and Michael Carroll on the wing. Carroll has 10 tries to his name this season. It's dangerous spine. Halfback Jake Clifford has eight try assists this season and hooker Calum Grahan has seven - with five eighth Mitch Dunn and Ponga (six) not far behind. When you add in the likes of Corey Horsburg - who averages over 150 metres and 30 tackles per match... there's lots of threats there for the Raiders.

Canberra will benefit from their recent inclusions - with Paul Roache, Erin Clark and Kalani Going added last week; Van Dartel and Kris this week - but it looks like the Cowboys could be too strong in this one.

The Raiders will be back at home this Saturday when they take on the North Queensland Cowboys in round 17 of the NYC Holden cup.

Just like first grade, the Raiders are looking to break a three match losing streak, a streak that started at Brookvale Oval about a month ago.

Welcome to our coverage of today's Holden Cup clash between the Canberra Raiders and the North Queensland Cowboys.

Here's the final Cowboys line up:

Cowboys kick off to start the first half.
Top

2nd min Cowboys player taken off on the medicab.
Top

8th min TRY COWBOYS to winger Michael Carroll out wide, gets an overlap. No conversion from the sideline.

23rd min TRY RAIDERS to Zac Masters. He just charges through the middle of the ruck. Converted Niko from close to the posts.

38th min TRY RAIDERS to Harry Van Dartel! Jack Murchie sets it up with a great break, and he passes inside to Van Dartel, who makes a diagonal run to the line to evade the chasing defence. Niko converts from out wide.

Raiders kick off to start the second half.
Top

64th min TRY RAIDERS to Erin Clark, his first in green. It's been a long time coming for points this half. Ponta has threatened a couple of times, but Canberra's defence held. Converted Niko from in front.

TRY COWBOYS to Kurt Wiltshire in the corner. No conversion.

69th min TRY COWBOYS To Kayla Ponga. Converted from in front. Cowboys unleashing the attack and the Raiders are not coping.

72nd min Ponga puts through an attacking kick and it nearly comes off... but the winger can't regather with the line open.
Top

Erin was pretty good then?

The Cowboys came into the round 17 clash sitting in 4 th on the ladder whilst the Raiders were sitting in 13th . Only six points separated both teams on the ladder as the win for the Raiders now places them four points away from the top four, although they remain out of the top eight.

Erin Clark speaks after his impressive display in the Raiders NYC 36-14 win over the Cowboys at GIO Stadium on Saturday night.