There’s your premiers. What a lineup.
Top

And that's the last we may hear of Shannon Boyd...

Seriously, what is going on up there? Why can't the Gold Coast attract half decent players to that club?
Top

Seriously..what is Justin Holbrook going to do with that ?
3rd Battalion Royal Australian Regiment..Old Faithful
#emptythetank

Any optimism the fans had last year with all the new signings should be gone. This is going to be a very rough year for the titans.
Top

Poor bloke. This probably means that kid from newcastle (Beau Fermor) will come straight into the 17 with Cartwright elevated to the starting side. They're so thin in the back row.
Top

So disappointing for him.

And shocking timing, he won’t play a game until March 2021. That’s nearly 2 years off.

Interestingly, I got in touch with Luke Covell to ask him about his artificial ACL. He said he was one of few successful cases of it, played a couple of years of park footy afterwards and continues to get around ok on it.

Although it’s far more vulnerable than the typical human tissue replacement ligament, he has gotten away with it for nearly 10 years.
Top

No jab, no play, no pay for Gold Coast Titans duo

Titans duo Bryce Cartwright and Brian Kelly are facing the very real scenario of not being paid beyond this month if the Queensland government doesn’t soften it’s stance on flu vaccinations.

The duo could face no pay beyond this month and the NRL would support the Titans on this decision based on the two players not fulfilling their contractual obligations due to their beliefs.

The Titans said on Tuesday that the Queensland government’s insistence on players getting a flu shot if they were not eligible for an exemption on medical grounds was a “reasonable request”.

In a statement, the Titans confirmed they have made a formal request for both players to accept flu vaccinations that would allow them to resume training.

The Gold Coast Titans have made formal requests to Bryce Cartwright and Brian Kelly to obtain up-to-date influenza and, as required, pneumococcal vaccinations.

Doing so will enable each player to meet the requirements of the Queensland State Government’s protocols allowing Queensland-based NRL Clubs to train and play.

In turn, this will allow both players to resume training and to play with the Titans when the NRL Telstra Premiership resumes on May 28.

Both players have been asked to notify the Club of their agreement with this direction by Thursday 14 May.

The Gold Coast Titans will be making no further comment on this issue until that time.

Brian Kelly has received both the influenza vaccine and pneumococcal vaccinations and returned to training today in preparation for the NRL competition restart on 28 May.

Bryce Cartwright provided the Club with medical documentation seeking an exemption from the influenza vaccine protocol.

This was subsequently passed on to Queensland’s Chief Medical Officer Jeannette Young for review.

Dr Young has granted Cartwright an exemption based on medical grounds.

Cartwright is now eligible to return to training with the playing squad in preparation for the season restart.

The Gold Coast Titans have endorsed Justin Holbrook's ongoing Titans rebuild with a three-year extension, tying him down further into the future than any other coach in the NRL.

Holbrook has recommitted to the club until the end of 2024 to ensure he is not caught up in the code's annual coaching merry-go-round.

Gold Coast Titans Head Coach, Justin Holbrook will be with the Titans for the next four seasons having reached agreement with the club to extend his contact through to 2024.

Holbrook joined the Titans for the 2020 NRL season after previously leading St Helens to the 2019 English Super League title.

Titans CEO Steve Mitchell says Justin’s signing is a fantastic result for the future success of our Club.

“The positive influence and overall development of our squad under Justin’s guidance in his maiden year is very obvious” Mitchell said.

“Justin is highly regarded by our player group and throughout the game.

“I am sure our Members and fans will be thrilled that he will be heading up our coaching program for the next four years.

Holbrook says he is both grateful and proud to be part of the future at the Titans.

“The next few years is an exciting time for the Club, with everyone all working hard for a successful future,” Holbrook said.

“I would like to thank all the Titans staff and the club’s owners in the Frizelle and Kelly families, Chair Dennis Watt and the Board of Directors as they have been extremely supportive of myself at a professional level and my family since we arrived.

“All of us are very excited to be staying with the Titans long term.”

Good for them!
Gina Riley: Oh, come on, John. That’s a bit old hat, the corrupt IOC delegate.
John Clarke: Old hat? Gina, in the scientific world when they see that something is happening again and again and again, repeatedly, they don’t call it old hat. They call it a pattern.
Top

-PJ- wrote:What’s Michael Gordon been up to ?

Seems to be a lot of that sort of thing on the Gold Coast. Not the first time.

Who would have thought an ex roosters player who went to the Gold Coast would be caught up with drugs?

Next I’ll find out an ultra right wing politician wasn’t living up to the social standards he espoused or that a former wholesome child TV star has now gone wild. Such unexpected events.
Top 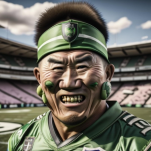 BJ wrote:Who would have thought an ex roosters player who went to the Gold Coast would be caught up with drugs?

Next I’ll find out an ultra right wing politician wasn’t living up to the social standards he espoused or that a former wholesome child TV star has now gone wild. Such unexpected events.

I thought it was funny, Channel 7 mentioned every club he played for, but the Roosters
Feel free to call me RickyRicky StickStick if you like. I will also accept Super Fui, King Brad, Kid Dynamite, Chocolate-Thunda... or Brad.